A historic agreement, which marks the start of the largest trade and investment block in the world, capable of revolutionizing the geopolitics of the region and relations between the states of East Asia. It is the Regional Comprehensive Economic Partnership (RCEP), the economic-trade agreement between the 10 ASEAN countries plus China, Japan, South Korea, Australia and New Zealand.

The agreement is signed on November 15 after eight years of negotiations.

It marks new perspectives for the economic development of the region, promotes its integration and signals a substantial loss of strategic weight in the United States, now alien to the games of the large multilateral free trade treaties under the Trump presidency.

The timing of the agreement is first of all indicative of the heavy effects of the pandemic on the world economy changes and international relations. It was in fact the thrust of the deep global economic crisis (which sees the Chinese economy as the only one in the world that continues to grow).

That managed to bring East Asia to an agreement, that of the Southeast and the Pacific. In this sense, the RCEP is a first step in regionalization of trade which had already entered international debates at the dawn of the trade war. Asia, more than other areas of the world, has long had a rich fabric of regional organizations on which to rely which facilitates a shift in this direction. Not surprisingly, it was within the autumn ASEAN summit (November 12-15) that the agreement found its resolution. And this same fabric could be able to speed up the implementation of the agreement itself. 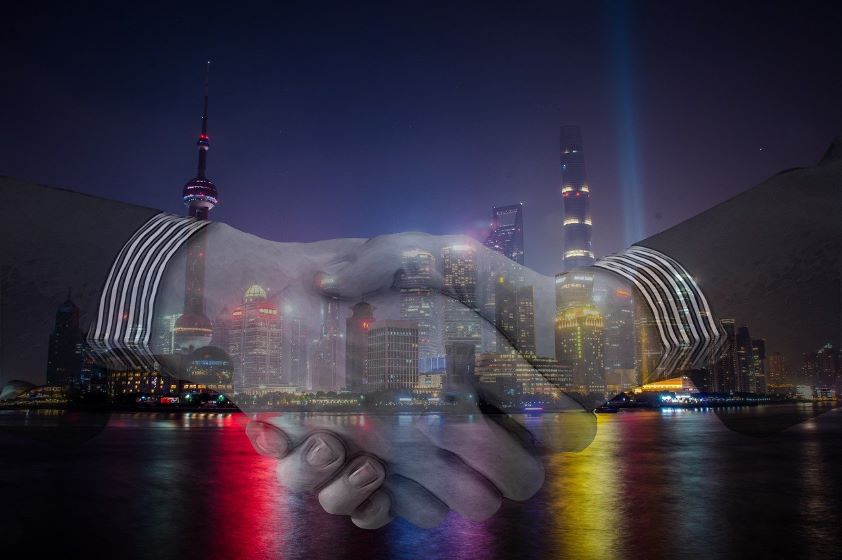 The numbers of a turning point

Some data are enough to understand its strategic importance: the RCEP will create an area of economic cooperation of 2.2 billion people, who produce 30% of GDP and 27.4% of global trade. The group of member countries covers 50% of global manufacturing production, 50% of automotive production and 70% of electronics. And the blockade could become even more important if India, withdrawn from negotiations in 2019, decides to join in the future.

The area currently attracts 24% of foreign direct investments and is the most dynamic internationally, thanks also to a successful strategy in containing the coronavirus pandemic. The deal is expected to increase the world GDP of 209 billion dollars by 2030 and the international trade of 500 billion by the same date.

In the region, the estimated impact according to UNCTAD is a GDP growth of 0.2% by 2030 and an export growth of 10% by 2025. By 2030, China will benefit from higher RCEP-related income ($ 100 billion), followed by Japan ($ 46 billion), South Korea ($ 23 billion) and Southeast Asia ($ 19 billion). By being excluded from the deal, the United States will give up about $ 131 billion in estimated earnings, while India’s decision not to join will mean forgoing about $ 60 billion in additional income.

The RCEP will eliminate between 85 and 90% of the trade tariffs within the new area. However, agriculture remains absent from the agreement, as well as limited inclusion of the service sector and sectors deemed strategic. Furthermore, little progress has been made in defining common standards for products and no progress has been recorded on the protection of labor, the environment, and on the regulation of State-Owned Enterprises (SOEs). The reason is to be found above all in the great diversification of the economies of the countries parties to the agreement, currently in different phases of their development.

However, the RCEP will create common rules on the origin of products in the area, so that certificates of origin issued in a member country are valid throughout the region, thereby reducing internal shipping and transaction costs. The importance of the RCEP also derives from bringing together in a single instrument issues previously overlapped and dealt with in 27 different free trade agreements (FTAs) and 44 bilateral investment agreements (BITs) between the countries of the area.

The centrality of Beijing

Beijing has long pushed for stronger economic and commercial integration, insisting for greater coordination between the Chinese Belt and Road Initiative (BRI) and the Master Plan on Asian Connectivity (MPAC) 2025. A privileged relationship also confirmed by the relentless growth – despite the pandemic – of trade between China and ASEAN countries: in August 2020 it reached 430 billion dollars, up 7% compared to the previous year.

ASEAN has thus overtaken the EU as Beijing’s first trading partner. Furthermore, in the first six months of 2020, bilateral investments (both incoming and outgoing) increased by 58% compared to the same period of the previous year. Important figures, if we consider that Beijing, through the Belt and Road Initiative (BRI) , had already invested 213 billion dollars in the region since 2013. It is therefore no coincidence that Chinese Prime Minister Li Keqiang hailed the agreement with satisfaction calling it a “victory of multilateralism and free trade“.

Just the pre-eminence of Beijing in this agreement could further facilitate infrastructure projects – energy, transport, digital – in the region financed by China even before the official launch of the BRI. Already in 2007, China’s Sinohydro invested $ 1.7 billion for a hydroelectric power plant in Laos and Shanghai Electric 1.27 billion for a coal power plant in Indonesia.

In 2008, China Communications Construction financed the construction of the international terminal in the port of Saigon in Vietnam for 160 million dollars. In 2009, China Railway Engineering invested 350 million dollars in the Vietnamese railway network, while in 2010 Dongfang Electric built a coal power plant in Vietnam for 1.4 billion and in 2012 Huawei invested 350 million in the Philippine data network. Just a few examples for a flow of investments from 2007 to 2012 was equal at $ 59.2 billion.